Fishing can yield many fish that sell for a lot of Lamina or powerful equipment to aid you in your journeys.

Fish that are caught also grant the player Strength Level EXP and Player Level. The sell prices can be used to estimate the value of Lamina and know the times to buy and sell. To fish, cast the rod into a body of water and wait until an "!" showing above yourself and bobber dips underneath the water surface. Rapidly click to reel in after the two visual cues.

Ripples in the water formed around the bobber indicate that the rod has attracted something. After a catch, the fishing rod has a chance to break. 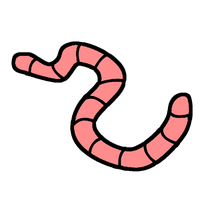 Bait is a consumable that can be purchased from fishermen to fish. It is retrievable if player reels the rod in before a fish bites.

NOTE: The Lamina drop from fishes may vary depending on the Lamina value at the moment. As such, fishing can also be used as a method to estimate the Lamina value if the player does not own an Economist's Scroll.

Community content is available under CC-BY-SA unless otherwise noted.
Advertisement